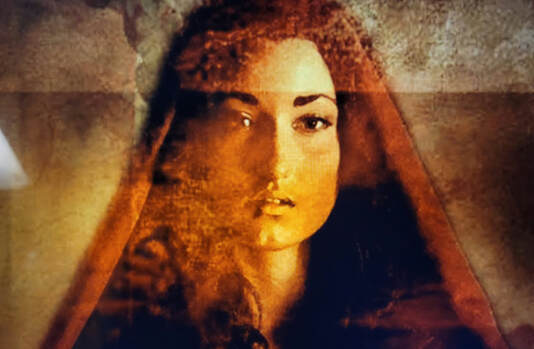 .  Isis Mystery School:
The sexual magic of ISIS has to do with the innate ability of the feminine being to utilize magnetic energies to open deeper levels of consciousness through the act of surrendering to the sexual energies and pathways that are opened.

​The sex magic of ISIS is precisely a method for the elevation of consciousness, which is, in itself, magic. This is done through the energies and ecstasy created through sex.

Within the school in which I was trained we learned how to activate the serpent power, moving it in specific paths in the spinal column, and opening up circuits within the brain. This creates what is called the Uraeus.

The Uraeus is often a blue fire that extends up the spine both laterally and horizontally and into the brain, and it undulates with the changes in energy within these pathways. The activation of the Uraeus increases the brain's potential for intelligence, creativity and most importantly receptivity, for the task of the initiate is to change the quality of one's being so that the attunement to the Celestial Soul is clear and unobstructed.

The sexual magic of ISIS has to do with the innate ability of the feminine being to utilize magnetic energies to open deeper levels of consciousness through the act of surrendering to the sexual energies and pathways that are opened.

When a woman is deeply loved and appreciated, as I was by Yeshua, something lets go at the deepest levels of herself and at the moment of orgasm there is an uncontrollable shuttering that takes place. If she feels safe and allows the shaking, this quivering, to overtake her, there is a tremendous magnetic vortex that opens ,the center of which is in her womb.

The sex magic of ISIS is based upon the realization that the feminine principle holds within her sexual nature, an alchemical key. This key is revealed in the act of what you call love, sexual love. When this is activated strongly enough, the alchemies of Horus spontaneously present themselves. 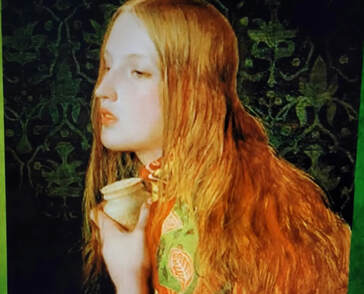 Ka or Light Body
As the light body acquires greater energy and light, there is an increase in one's magnetic field, and that which the initiate desires becomes more quickly manifest.

However, in surrender to one's own Celestial Soul, or Ba, the pursuit of personal desires, although not abandoned, is no longer the focus of one's entire existence. Instead, one looks upward so to speak to the higher capabilities of one's self as perceived through the Celestial Soul.

Within the Ka or light body, there are pathways that can be stimulated and opened. The activation of The Secret passages within the Ka brings it much greater power. The alchemies of Horus are designed to strengthen these, to activate the latent powers and abilities of the initiate through what is called the Djed or the ascending 7 seals.

When I first met Yeshua at the well and then immediately after during our love making, I trembled as a woman having to struggle with my own passions and desires, for the path of the initiate is to use the energy of Passion in a highly specific way, and not to simply be carried off by it. For alchemy requires that energy be contained so that it can be transformed.

For him each Union with me was a means to strengthen his Ka. This is why I said earlier that he came to my well, for the well that the woman initiated offers to the male is an endless well of magnetic potential. But it is only opened when the female feels safe and loved. Only then will the practice work. For without the nurturance of love they  are just techniques and will not give the result required or desired.

For me, I was both a woman and initiate. I had been trained for years and knew what to do with the pathways, but I was surprised to find myself swept away as a woman.I found myself waiting in deepest anticipation for a look or a touch by him. Something about his touch and his eyes, the feel of him, caused something within me to open and I found myself sometimes almost laughing at myself.

For I tell you now that within the heart and the mind and the body wisdom of the feminine lies some of the greatest secrets and greatest powers and they await to be revealed. And all of it is laid open by the touch of another. So whenever I speak of Yeshua I am overcome by my love and the feelings that I hold for him throughout all time.

The 1st essential point to understand is initiates training in alchemy use the sexual energy to create complex magnetic fields  strengthening and elevating their ka bodies. Everything revolves around this.

Essential to the female initiate is the authentic feeling of safety and love when these are in place, something within her being let's go and allows the alchemy to occur.

The alchemy is created by the joining of the Ka Bodies of the male and the female. As they make love the ka bodies interconnect and this causes the female to open her magnetic floor. It comes from the language used in the temples of ISIS. The floor is the foundation upon which one stands when we set something to be secure we place it on the floor. So the floor was used as a type of slang within the temples. So when I say the female's magnetic floor, I'm saying that this is the foundational piece that has to occur.

As the light body acquires greater energy and light, there is an increase in one's magnetic field, and that which the initiate desires becomes more quickly manifest.

Within the Ka or light body, there are pathways that can be stimulated and opened. The activation of The Secret passages within the Ka brings it much greater power. The alchemies of Horus are designed to strengthen these, to activate the latent powers and abilities of the initiate through what is called the Djed.

The central key in this journey is the strengthening of the Ka through ecstatic States of consciousness. Whether self generated or created through the ecstasy of sex does not inherently matter, the ka is nurtured and potentialized by ecstatic States, regardless of their source.

On the contrary shame is a poison to the Ka Body, a toxic element that decreases its vitality and potency. 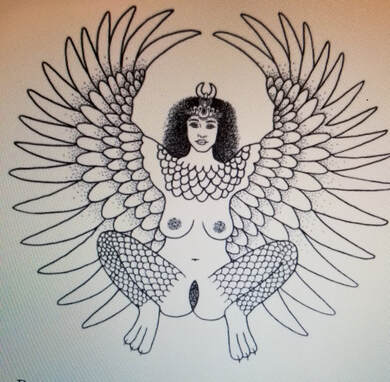 As The 2 initiates continue in their love making and as the passion of  their connecting increases, powerful chemicals are released into the body, transporting the initiates into another space. This further opens the magnetic fields and generates an increase in magnetics.

There are 2 options to the male initiate at the moment of orgasm. He can ejaculate or hold his seed. If he ejaculates, and the previous conditions have been met, there is an instantaneous reaction that occurs within the womb of the female. As the energetic essence of his sperm strikes the walls of her inner sanctum there is an explosion of magnetic energy, worlds within worlds, spinning.

And to the extent that the male initiate has attained a high status as well as the female, the magnetics released from such contact between such sexual fluids can be enormous. So it is important to understand that this creates complex magnetics that both the male and the female can draw into their bodies.

The 2nd phenomena occurs in which the female initiate may begin to shake uncontrollably. As she shakes, the center of it is usually the womb itself setting off in cascade, a rocking effect in the pelvis. This action also creates a very complex magnetic fields again which the male and the female initiates can draw into their Ka bodies. This is the fundamental or basic understanding.

As initiates, it is possible to also cause the serpent powers to rise within the spine during the sex act and whenever the 2 serpents meet, will tend to magnetize that chakra and it's attendant abilities or powers.

In the Tantric practice the initiate alone generates energy through the power of Ra, or the internal fire, to create an elevation in awareness, to create complex magnetic fields within his or her own body, and to then bring these into the Ka.

See p. 53 For further instructions of Raising the serpent power

Sometimes as the red and white serpentine drops mix, there is a spontaneous arising of ecstasy. This ecstasy, no matter what caused it, is crucial to this alchemy. For ecstasy is food and nourishment to the Ka body. There is a tendency for this ecstasy to remain in the higher centers since this is where they were birthed in the 1st place. But in this method upon the 1st horizon of ecstasy, the initiate must 1st shift her awareness to the entire Ka Body itself. This causes the ecstasy to spread throughout the entire physical body , Khat, and is then absorbed by the Ka strengthening and revitalizing it.

Both initiates must become aware of the Ka during moments of ecstasy, so that the ka body can partake of the rich, magnetic fields created by such bliss.

By nature the male is electric from an alchemical standpoint, while the female is magnetic. It is the nature of electricity to move and to act, while it is the nature of magnetics to nest, and fold. In this practice, the focus becomes the strengthening of the Ka Body through the incorporation of magnetic fields released by the sex act. Right after orgasm (ejaculation), magnetic fields generated by the female initiate continue to unspiral and circulate. This is a time to rest and be with the magnetics but by nature males tend to either get up and do something or go to sleep.

So the male initiate must train himself to nest, to allow the magnetics that had been created to spiral into his Ka and his body.

For the truth is, as the male initiate nest in the magnetics, his Ka body becomes stronger, and his sexual energy becomes more potent. One of the tasks for the male initiate is to sensitize himself to new levels of feeling. So that he can incorporate the magnetic fields released through sex into his own body and Ka.

As the alchemist of the sex magic becomes stronger there are certain signs that occur. One of these is that the beloved becomes adored or cherished. This happens both for the male and the female initiate when adoration of the beloved occurs from both partners, the alchemy and sex magic greatly intensifies, for the harmonics and magnetics created by such a motion are very beneficial to the magic.

Find every opportunity to create ecstasy, for it strengthens you and the potentizes the Ka.  May the obstacles to your flight be few and the blessings along your journey be many.

For the male initiate it is essential to understand that it is the magnetic fields created 1st by the touching and stroking of the female initiate, his beloved, that starts the cascade of magnetic fields building an intensity to the point of orgasm. It is important that the male initiate train himself to be able to nest in the magnetic fields. It is extremely important to both initiates to place their attention on the Ka body during the ecstatic States of consciousness that are generated by their love making . For this strengthens and potentizes  the Ka body, and this is essential for this type of alchemy as was practiced by myself and Yeshua.