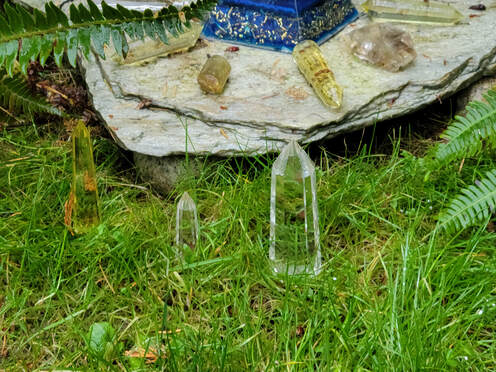 Quartz Crystals are the purest substance in the Multiverse 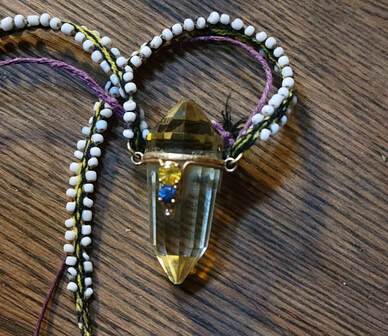 The crystal is a neutral object whose inner structure exhibits a state of perfection and balance. When it is cut to the proper form and when the human mind enters into relationship with its structural perfection, the crystal emits a vibration which extends and amplifies the power of the user's mind. Like a laser, it radiates energy in a coherent, highly concentrated form, and this energy may be transmitted into objects or people at will. 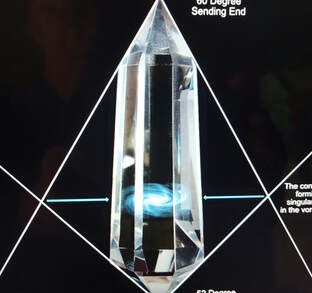 The EYE of the Vogel Crystal
The dynamics of the two vortexes are based on the angles of inclination of the two crystal ends converging to meet which creates a singularity point.
This is the power center in the vortexial eye created by the merger of these two opposite spinning vortexes.
It works by finding the phase-conjugation node inside the crystal, by projecting inwards the geometrical shapes of the two opposite points, like a mirror. There, is the vortex singularity of the crystal. Focus your thought and energy just there, and you may project your consciousness to anywhere you wish in this universe, and the other universes. To other densities, other dimensions. Anything is accessible in space, dimension and time.